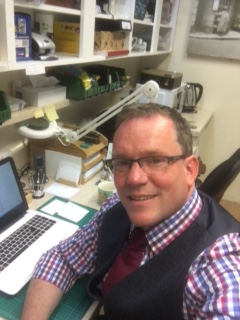 Now that the hot days and balmy nights of this summer are but a happy memory, and we are well and truly into autumn, I am very pleased to be able to report to you that we have had a busy and successful summer season at Rock Sailing & Waterski Club. The many visitors who only have the opportunity of visiting the Club in the summer were keen to see the changes made to the Club house, and, without exception, the comments received were very positive.

The AGM in August was testimony, I think, to how Members feel about the current running of the Club. A packed Club room witnessed a very positive AGM, where following detailed reports from the Treasurer, Hon Gen Sec, Vice Com Sailing, Vice Com Water skiing and finally me, there were no items of ‘Any Other Business’ raised. Surely a first for RSWSC?!

Sailing and water skiing has been well supported and enjoyed over the season, with events such as Peter Keeling Week, Junior Camel Week, Camel Week, the Fly Navy Cup and latterly Shrimper Fest being enjoyed by all who took part. We experimented with the use of a tracker system in boats during Camel Week. Whilst a good idea in principle, we hold our hands up to experiencing some issues with the system, and a thorough debrief after the event resulted in some ‘lessons learned’ from which we are willing to learn and improve.

The ‘social side’ of the Club has enjoyed a busy summer in the bar and galley, and the 80th birthday celebrations with the excellent Hog Roast, barbecue and disco being a brilliant evening, enjoyed by all who came and danced the night away.

With some changes in personnel in the Committees, I am particularly pleased to welcome Gill West as our new Rear Commodore. Gill’s role will particularly concentrate on running the House Committee. Having relieved the House Committee of the Building & Premises issues, I am sure Gill will lead the members of her committee in the social side of Club life.

With the autumn now upon us, we will refocus our efforts back to the tasks required to continue to improve and reinvigorate our Club premises. We achieved a vast amount last year which did not go unnoticed by members, but there is still a great deal more that can be done. As well as the improvements to the premises, we have been astounded at how our growing fleet of Fusion sailing dinghies have been received and, above all, sailed continuously since they arrived!

We have listened carefully to comments from Members, and it would seem that a frequent adverse comment was the noise in the main Clubroom. Following some investigation, we ordered all new special ceiling tiles for the suspended ceiling, which have an extremely high acoustic absorption quality. Keith Snelling, Richard West, Dave Parr, Keith Yardley and I started work at 7am on 7th September to change over as many of the suspended ceiling tiles as possible to the new, sound absorbing tiles. Those with light fittings set into them are taking a little longer but are being progressively changed. We finished the job, and the clean-up of the room by lunchtime and immediately noticed a significant difference in the acoustics of the room.

Progress is already being made on preparing the various forms and papers which you will receive in your Membership renewals ‘pack’ at Christmas. From behind the scenes, I know that the forms are being simplified to make life easier for Members. We will, of course, be checking very carefully that Members are opting for the correct membership choice – something you know I am very keen to ensure, so that Membership is fair for both the Members and for the good of the Club. Our new Membership Card scheme giving preferential prices will be introduced with effect from the new year, with each paid member receiving their own individual card, which will not be transferrable or used by others. Without the card the higher prices will be charged at the bar, with no exceptions! The system works very well at the two Golf Clubs in the Parish, and I look forward to including more details about its operation in the ‘Christmas Bundle’.

The Club improvements in the last year referred to above have included refurbishing the Snug, renovating the Clubroom floor, fitting noise reducing ceiling tiles, new chairs, new tills and a major rebuild of the pontoon. Attention is now being turned to the ground floor, in particular the crew room and the mens’ changing rooms and toilets. Joe Keohane has secured a substantial grant from Sports England towards this refurbishment which is planned to be completed over this winter.

In addition to this, the Club’s grant application has been selected by Sport England in conjunction with Crowdfunding as a pilot for a matched funding grant. If the Club can raise £5000 through Crowdfunding then Sport England will match the sum raised in addition to the grant already being approved. This seems an excellent opportunity to raise up to £10,000 that it is planned will be spent on a major upgrade to the quay area to improve the appearance and provide much better usage of the space for open air events and parking for those who find getting to the club difficult.

I know I am always asking for more donations but every little helps, and with matched funding it helps twice as much. The Sport England offer is only open until 31st December this year. If you are able to help please make a donation before Christmas by visiting the Crowdfunding page at https://www.crowdfunder.co.uk/rswsc-clubhouse-improvements. The target that has been agreed for us to raise is conditional on us successfully completing this crowdfunding campaign and reaching both the Minimum Match Target and at least 40 supporters.

Lots to do then…

In light of the current Government advice on social distancing, it has been decided that the club has no recourse other than to close the Club until further notice. This will be kept under review as Government policy evolves.

Reluctantly we have to curtail all planned sailing events for at least the next couple of months. This includes cancellation of the Easter Laser Open, Easter Chase and Shrimper Spring Fling. The Sailing and Social calendars which can be downloaded from the website will be amended as necessary. Padstow Harbour Master has issued a notice banning all recreational and pleasure craft from the River Camel, and will not be allowing the use of their seasonal and holiday moorings until further notice.

The website blog which sends out the regular stuff is open to all, members or not. In the present uncertain times the Club needs to be able to contact just the members for things like AGM notices etc. so all members email addresses have been added to a separate mailing list, however anti spam rules mean all have to be asked to confirm it’s ok to send you email on this list. It’s not spam, but a separate list.